The Trolleybus Museum has a prefabricated (prefab) corrugated iron house which is furnished and decorated in the style of the 1950's.

The prefab came from the port of Immingham where hundreds of them were erected to house the workers who built the docks that brought prosperity to the town.  The area that the houses were erected in was known as "Tin Town".

"Building of the Immingham Dock began in 1906, and it was opened by King George V on 22 July 1912. In part funded by the Great Central Railway, the dock property was 2 1⁄2 by 1 mile (4.0 by 1.6 km); covering 1,000 acres (405 ha), with 45 acres (18 ha) of water.[27] A railway line to the northwest, the Barton and Immingham Light Railway was opened in 1912. The docks were connected to their primary supply of labour in Grimsby by the Grimsby & Immingham Electric Railway, opened 1912.
As part of the development of the new port some wood framed, corrugated iron clad housing was constructed; several of these survived to the 21st century, and one of these dated 1907 is now a listed structure."

The above text and photo are courtesy of Wikipedia.

Although the prefabs were classed as temporary housing they continued to be occupied far longer than intended.  Quite a few were still in use in Immingham and Grimsby right into the 1980's and I worked on them at both locations during my time as a BT Telephone Engineer.  They were still referred to as Tin Town.

I wasn't able to get a picture of the prefab at Sandtoft as it was mostly obscured  but I was able to photograph the interiors of the rooms. 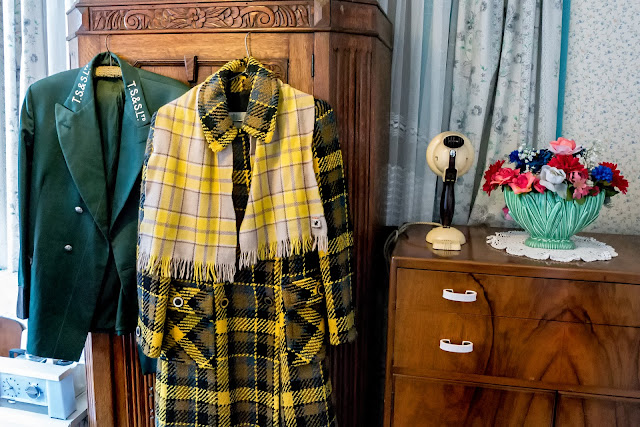 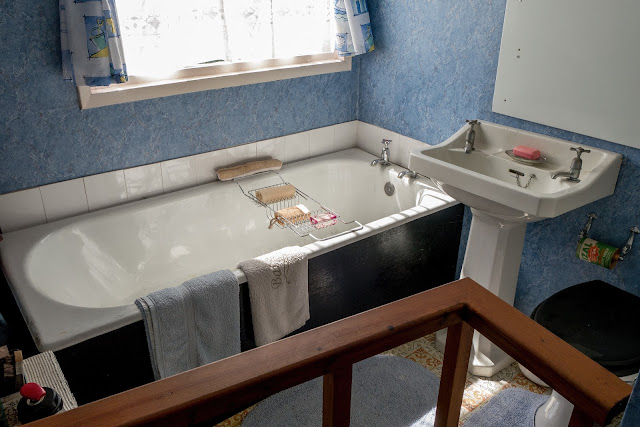 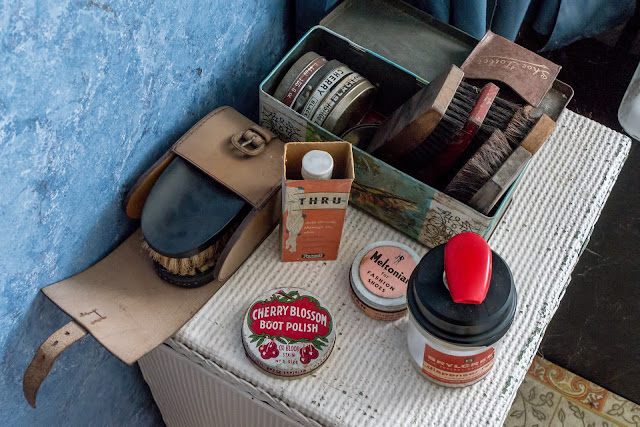 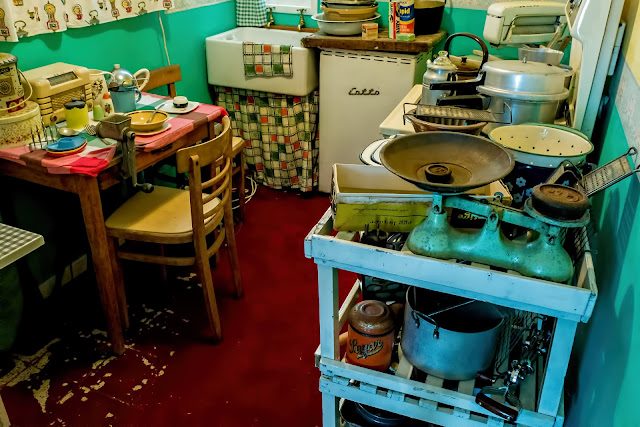 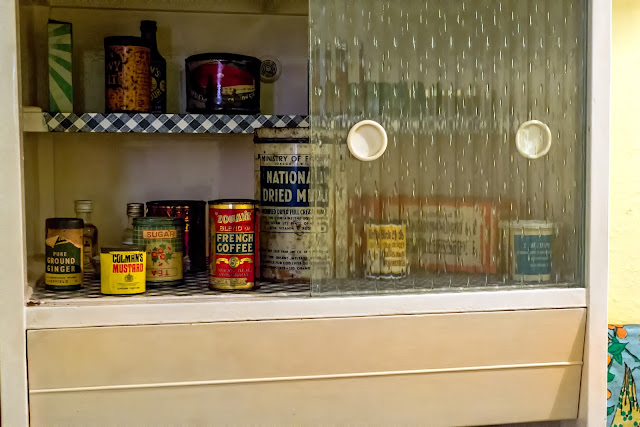 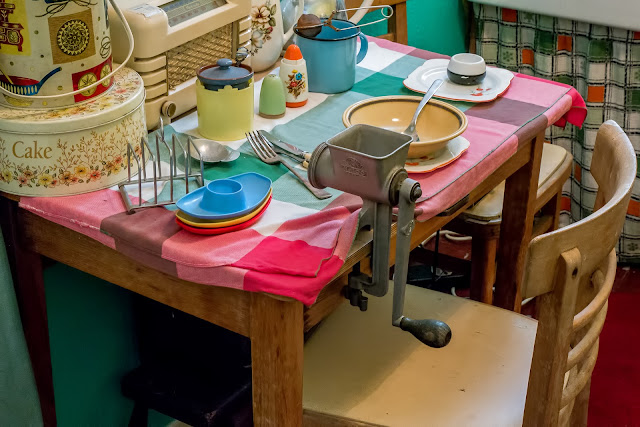 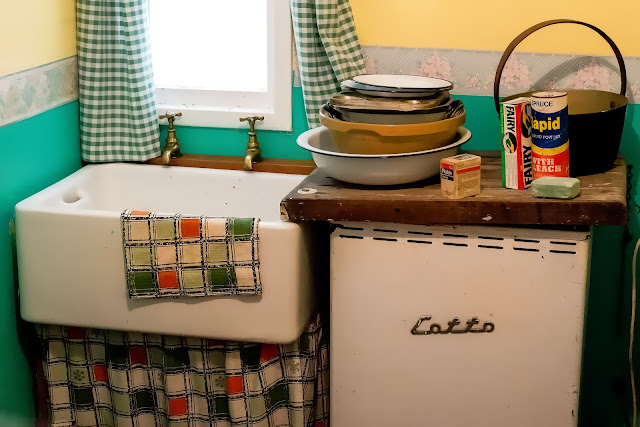 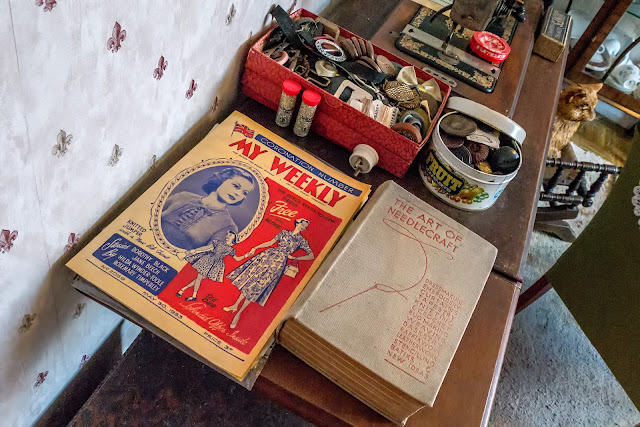 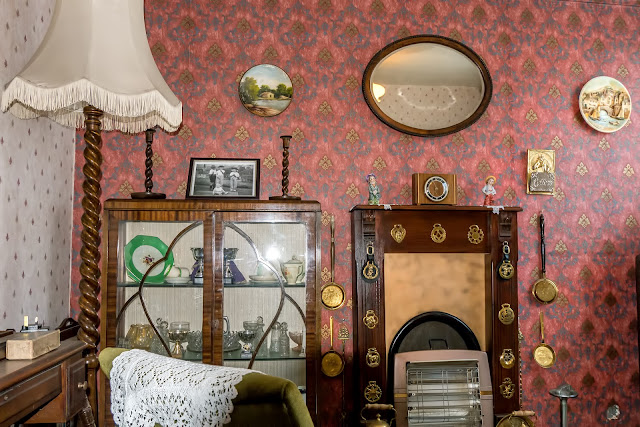 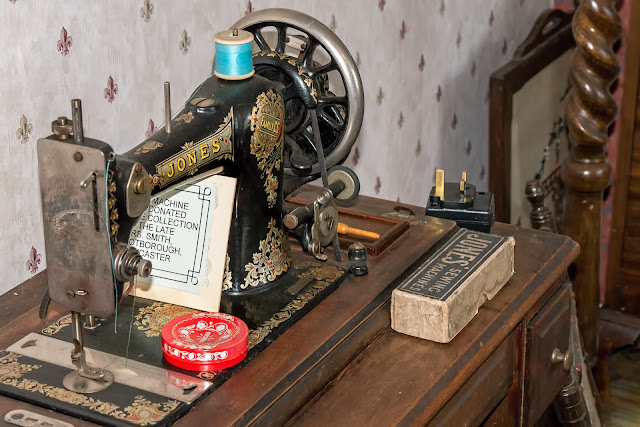 For any photographers who might be interested, most of these images were taken at 3200 ASA (ISO for you youngsters) and then de-noised using Topaz software.