It's been quite a while since my last post, a bout of flu followed by heavy snow plus gale force winds straight from the east (Siberia) in February stopped me venturing out.  A brief spell of milder weather which promised better things was soon pushed aside by another blast of easterly wind and heavy snow once more.
That was two weeks ago and today we enjoyed sunshine, a light breeze and temperatures reaching the heady heights of 12 degrees C!!  Spring might have arrived, but I'm not holding my breath just yet, snow is forecast for Easter!

Today we had a drive out onto the Lincolnshire Wolds and this set of pictures is from the intended railway line extension of the Lincolnshire Wolds Railway.  The present line runs from Ludborough, north to North Thoresby.  The volunteers are now clearing the old track bed south and eventually hope to reach Louth.
The pictures shown here were taken where the old track once crossed Covenham Road. 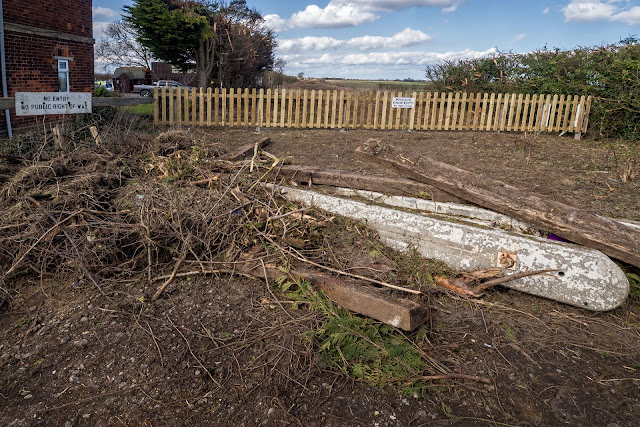