Vincent Motorcycles was one of the great British Motorcycle manufacturers of the pre & post war era and made motorcycles from 1928 - 1955.  It was owned by Philip Vincent who bought an existing manufacturing name, HRD, initially renaming his company "Vincent HRD".
He made various models, initially with bought in engines.  in 1934 he developed two new engines, a 500cc & a 1,000cc version.
The most famous Vincent motorcycle was the "Black Shadow" developed in 1948 and at the time was the fastest motorcycle in the world.
"Vincent HRD" became Vincent Engineers (Stevenage) Ltd in 1952 when they experienced financial losses and in 1955, like so many of the iconic British motorcycle manufacturers, they ceased all motorcycle production.

(I paraphrased the previous info from Wikipedia)

While on a photo day out recently a motorcyclist parked up near us with this lovely old Vincent.  He allowed me to photograph it and we enjoyed a short conversation about his Vincent and the days when British bikes ruled the world.  His bike is not a "Black Shadow" but he was keen to tell me the speedo on it is from a "Black Shadow" 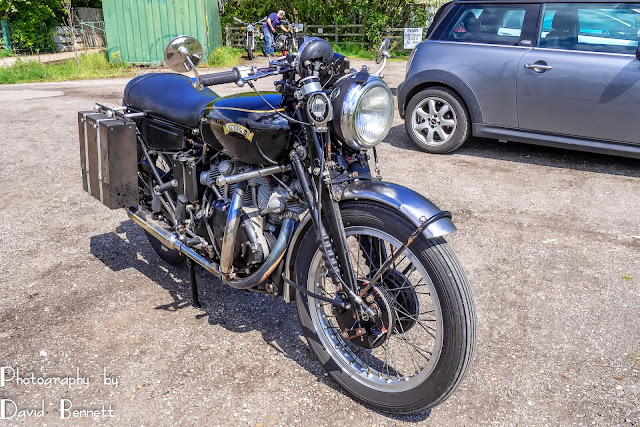 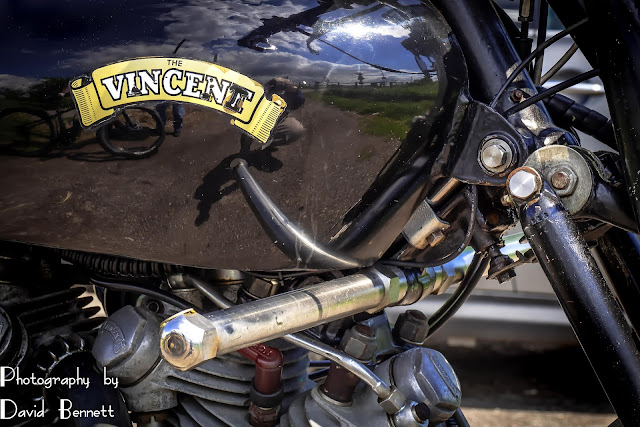 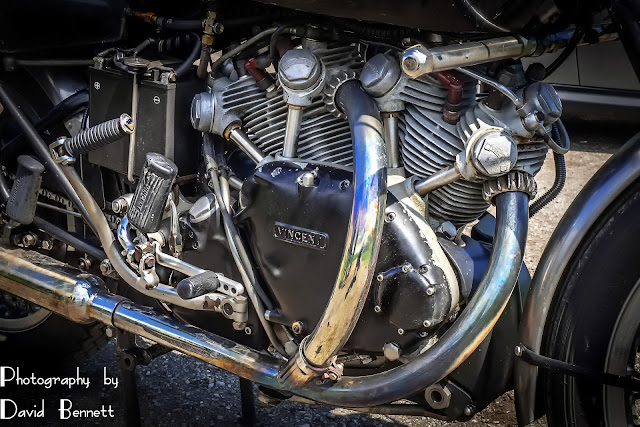 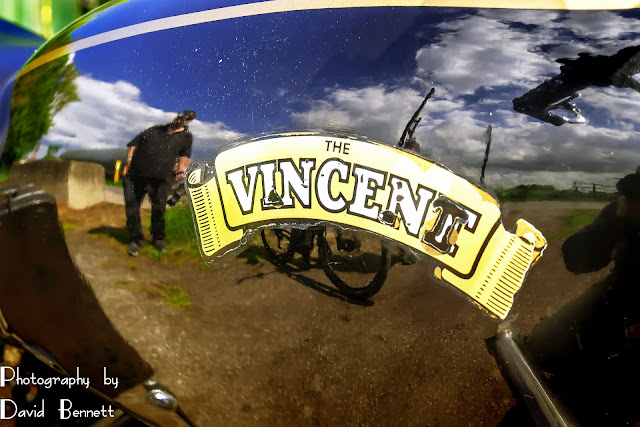