The Malt kiln on Newbridge Hill in louth has stood in the town for many years but has been redundant and derelict.  It is now finally being demolished to make way for a new supermarket.

I took some photographs of it back in February 2013 and have included one below.  If you want to see the full set from that visit the link to take you there is:-
http://www.lincolnshirecam.blogspot.co.uk/2013/02/the-old-malt-kiln-louth.html 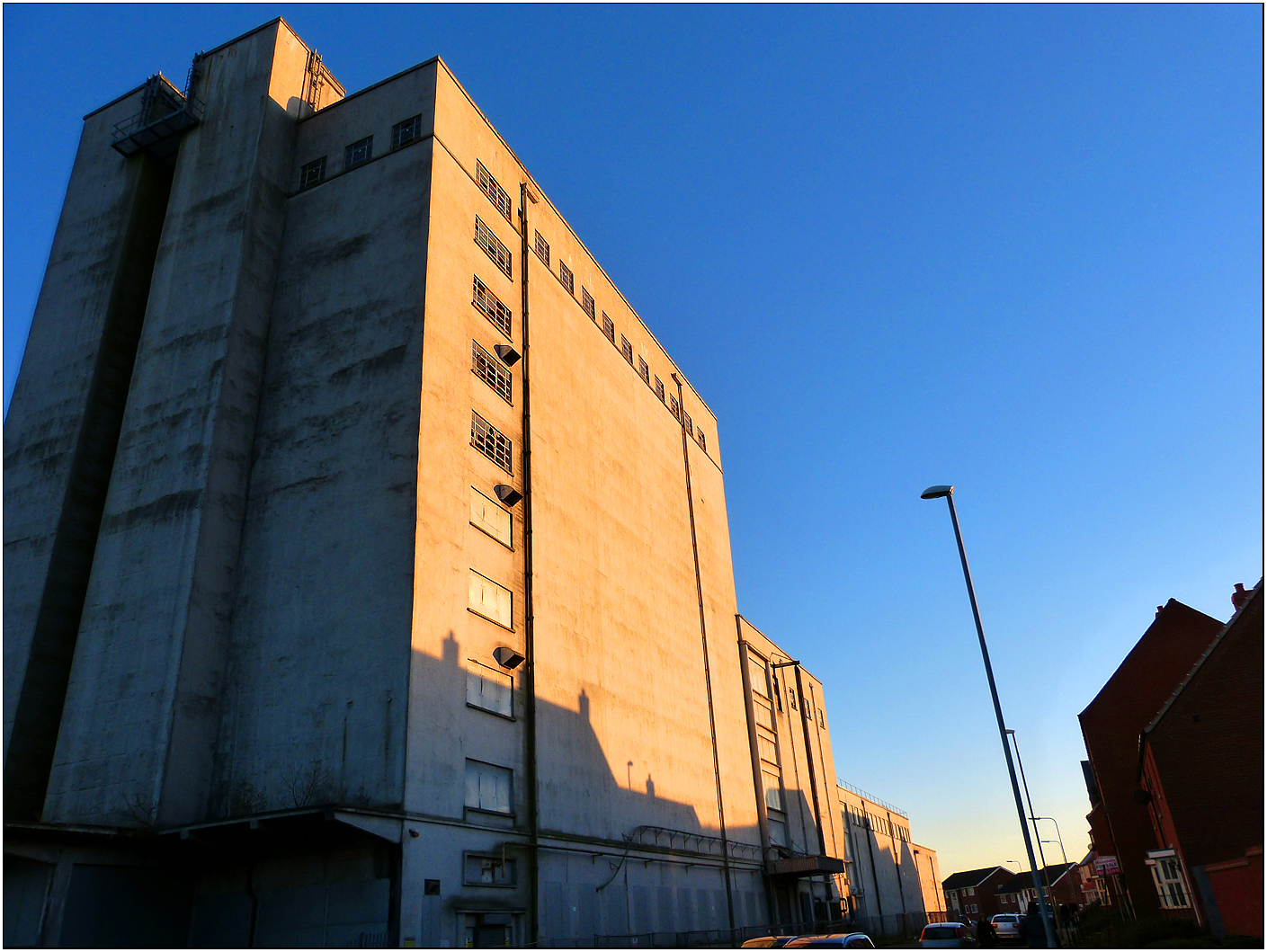 We were travelling home past Louth and called to take these few photographs of the demolishment so far.  The lower part of the building has been raised to the ground but the large tower is not due to be brought down until early January 2015 as it will require road closures.

I hope to get there and record the final chapter in this buildings' life. 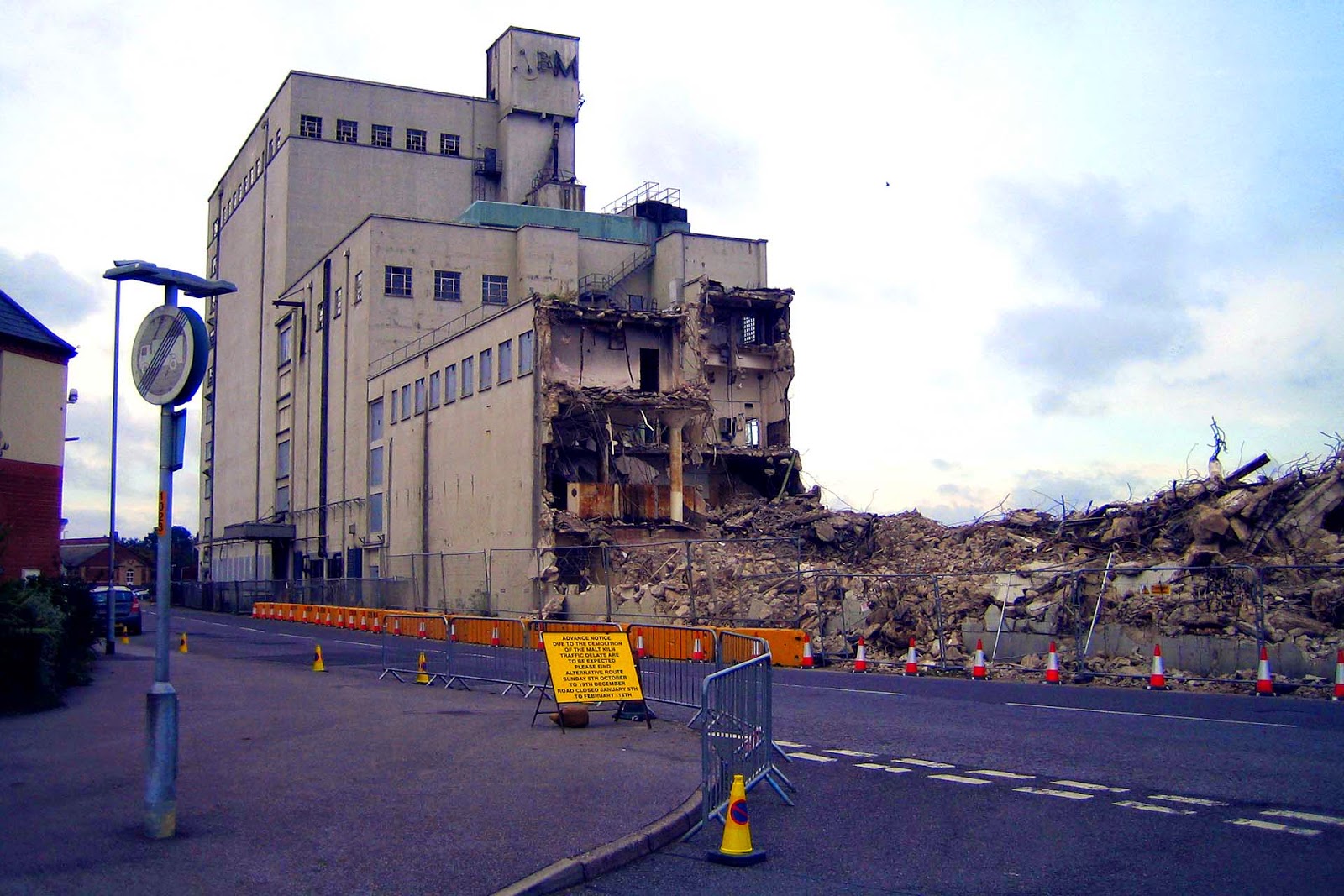 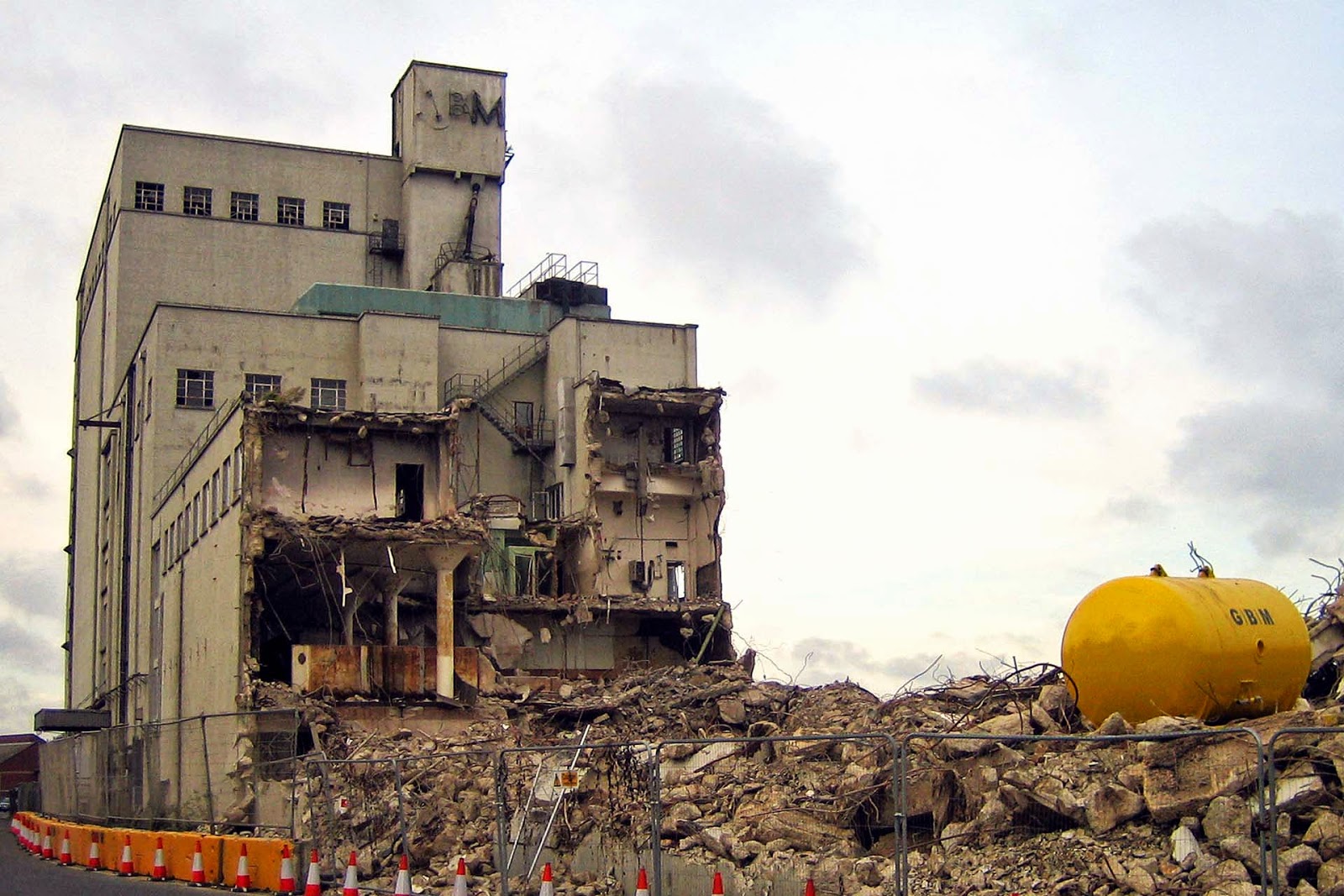 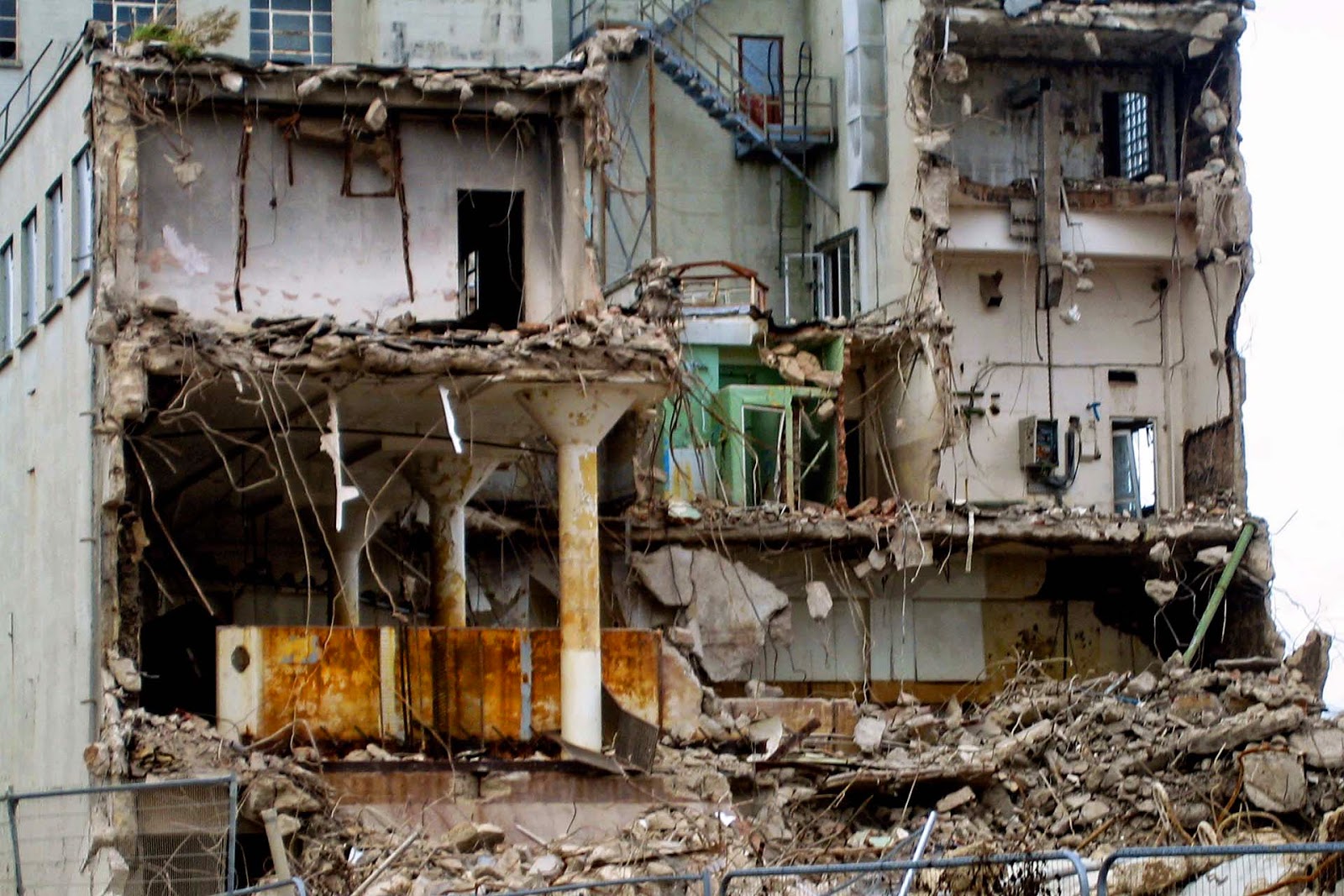 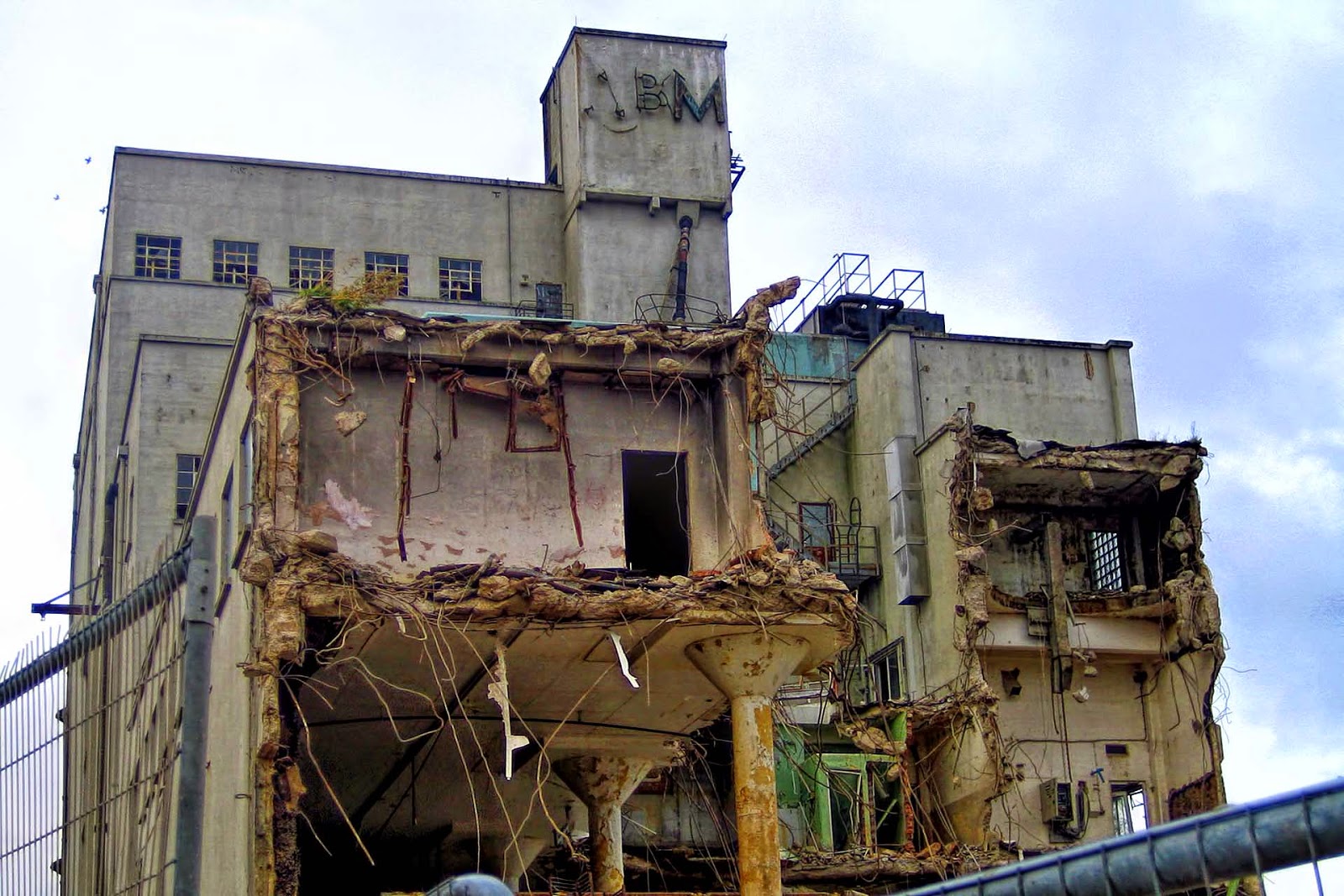 These pictures taken on Sunday the 12th October 2014 on my Canon Ixus 40 compact.

The malt kiln is not a pretty building and most people living in Louth will be pleased to see it removed.  However, some residents have been on BBC Radio Lincolnshire and say they will be sad to see it go.  It certainly provides a strong, highly visible landmark when travelling toward Louth over the Lincolnshire Wolds.  One resident did point out that it's removal will afford an uninterrupted view of the spire of Louths' St.James Church.  The tallest PARISH CHURCH spire in England & Wales and a much better landmark to guide you on towards Louth.