(The photographs are shown in no particular order, but just as I took them on the day.)

North Landing is a cove between cliff headlands to the north of Flamborough Head.  A popular place for visitors, photographers and artists. 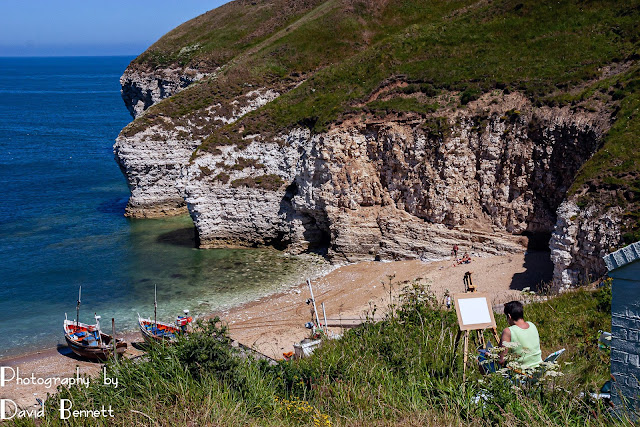 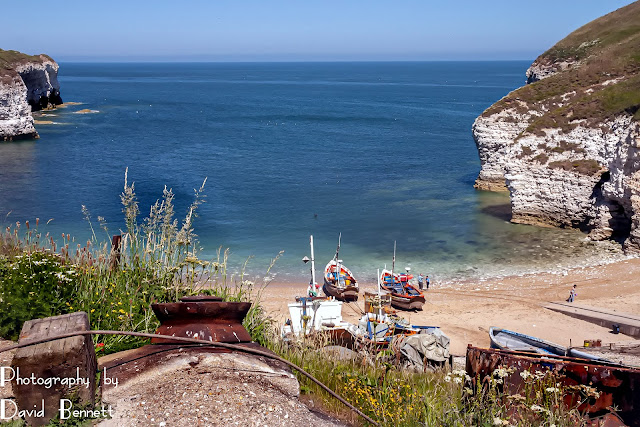 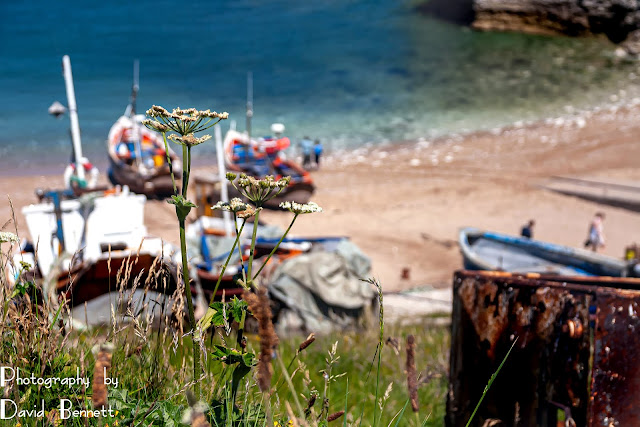 The few boats here are used to take visitors out along the coast and on to view Bempton Cliffs, a major bird colony. 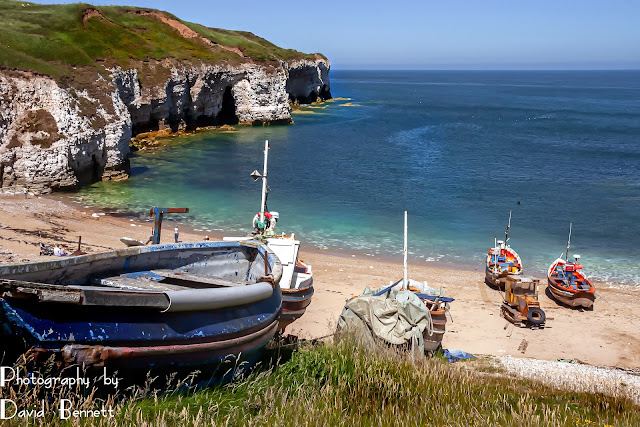 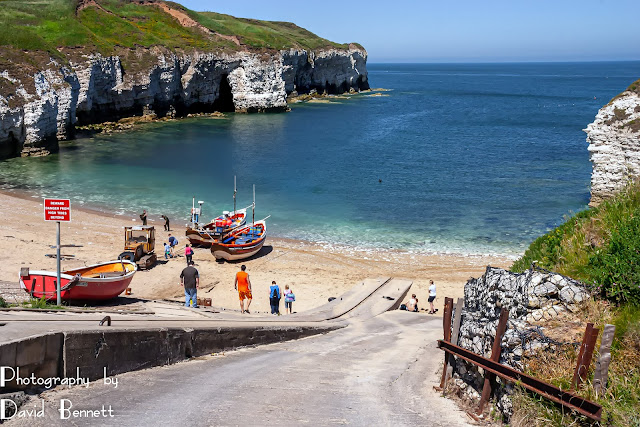 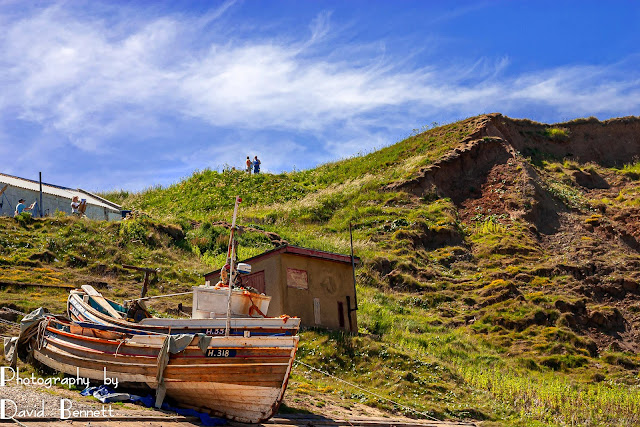 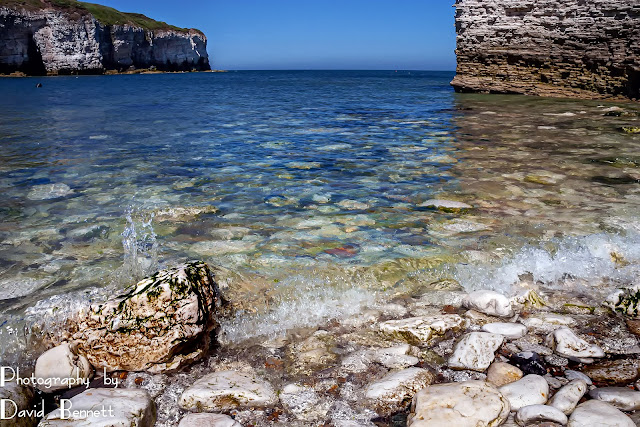 The small gable fronted building at the top of the slope is the old RNLI Lifeboat Station. 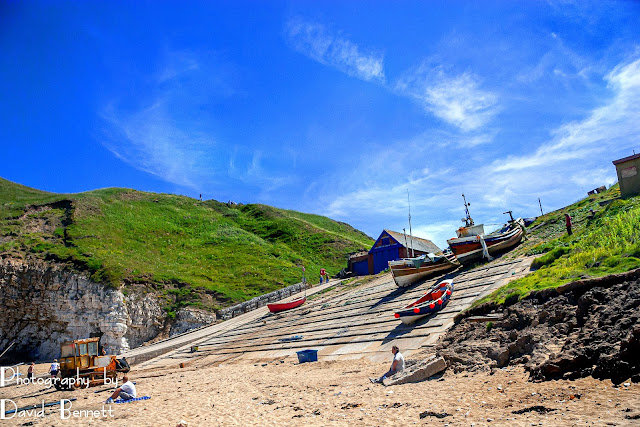 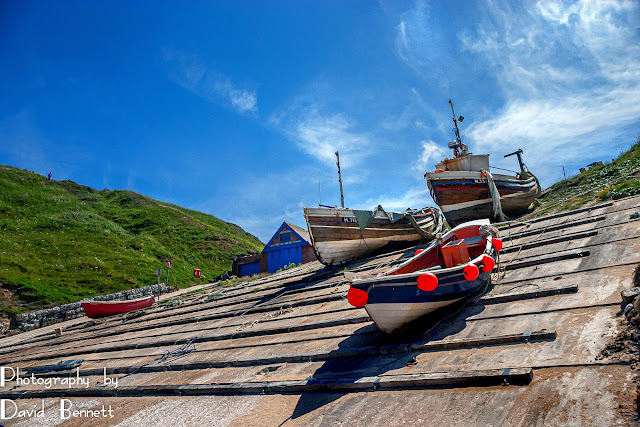 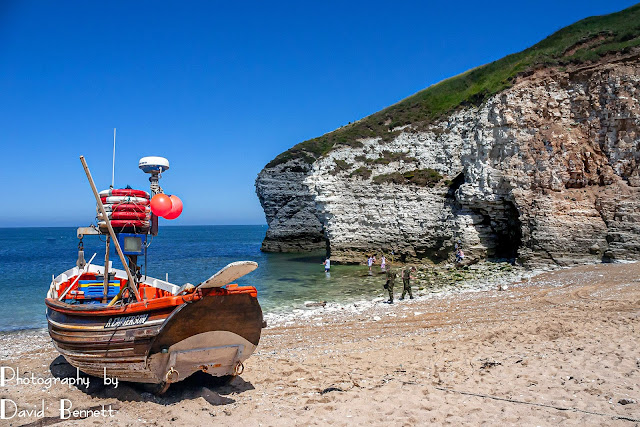 These two boats are traditional "Yorkshire Cobbles".  Used for years along this coast for inshore fishing in the North Sea. 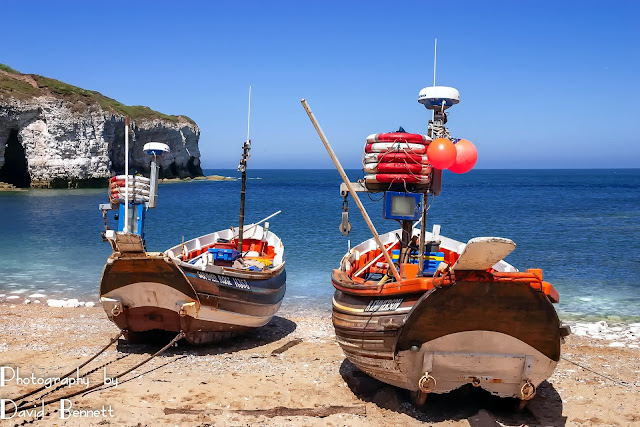 There are lots of old chains in the grass, once used to secure the boats on the upper slopes here. 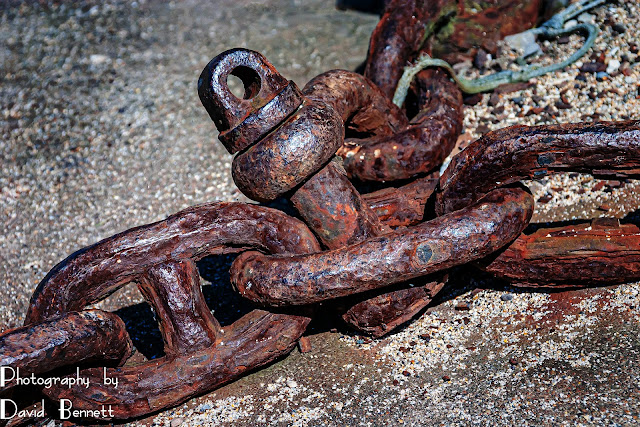 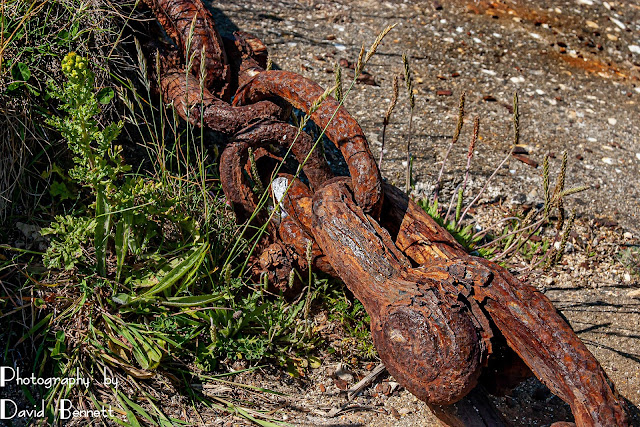 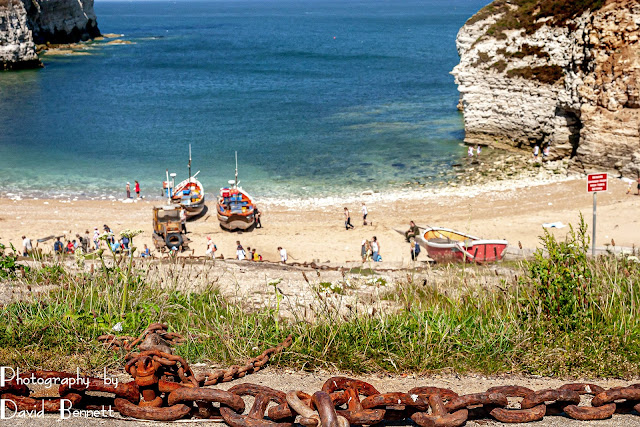 North Landing on the Yorkshire coast.